Kenway & Clark head to the business awards as finalists

Kenway & Clark head to the business awards as finalists

Each year hundreds of business owners, executives and their family from the New England North West Region gather at the Regional Business Awards run by the NSW Business Chamber. This year there is one significant difference; a Moree based business is a finalist for the first time in years.

Kenway & Clark entered three categories; the business itself into Excellence in Business, CFO Gemille Hayes as a Business Leader and Wee Waa Branch Operations Manager Sam Collier as Young Business Executive. They are proud to announce that they are finalists in all three categories.

General Manager Peter Burey said he was honoured to be recognised in business but that Kenway & Clark would not have been in such a favourable position if growth in the region had not contributed. “It is really an achievement to our local communities as well. We are fortunate to be living and working in such a rich, viable region.”

Ms Hayes has recently been in the media from her leap for life, fundraising for the Westpac Rescue Helicopter. She hopes the Awards will showcase Kenway & Clark as a quality employer and active community participant. “I was elated to be nominated for the awards as a Business Leader,” said Ms Hayes. “If the recognition encourages more people to move to Moree or work at Kenway & Clark, it will be a great win for us with or without the plaque.”

The 28-year-old Wee Waa Branch Operations Manager, who took over operations three years ago, is excited to see some of his competition at the Awards. “I would like to see what other regionally based young business executives are doing,” said Mr Collier. “It makes you proud to see what rural employers are capable of.” 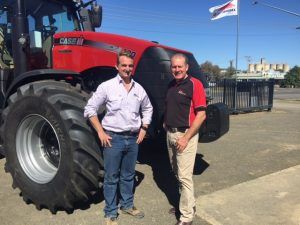 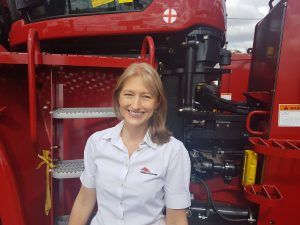